These two pieces were made in 2017 for the show Sonic Arcade at the Museum of Arts and Design in NYC (MAD Museum). A great exhibition and a great experience to be included in the show! Thanks to Robert A.A. Lowe! I made two of these synths, one for display and one as a backup. These were made to be somewhat simplified for the museum context. I removed all of the 3.5mm clock inputs and outputs and mixed both knots at one stereo output. No ground banana jack was included because there was no patching outside of this device. I'm selling each of these here as is. I've taken them apart, given the cases a bath, and fixed up a few things. Deoxit on the potentiometers. They should be thought of as functioning museum artifacts. One was swapped for the other about half way through the show so each of these saw about 3 months worth of MAD patrons' and museumgoers', patching and tweaking. I will not be working on them more to add back the clock in/out jacks or other features redacted for the exhibition, I'm just spiffing them up. These are like used cars with 80k miles and a clean bill of health from the dealer, they are working well but have some quirks that come with age. 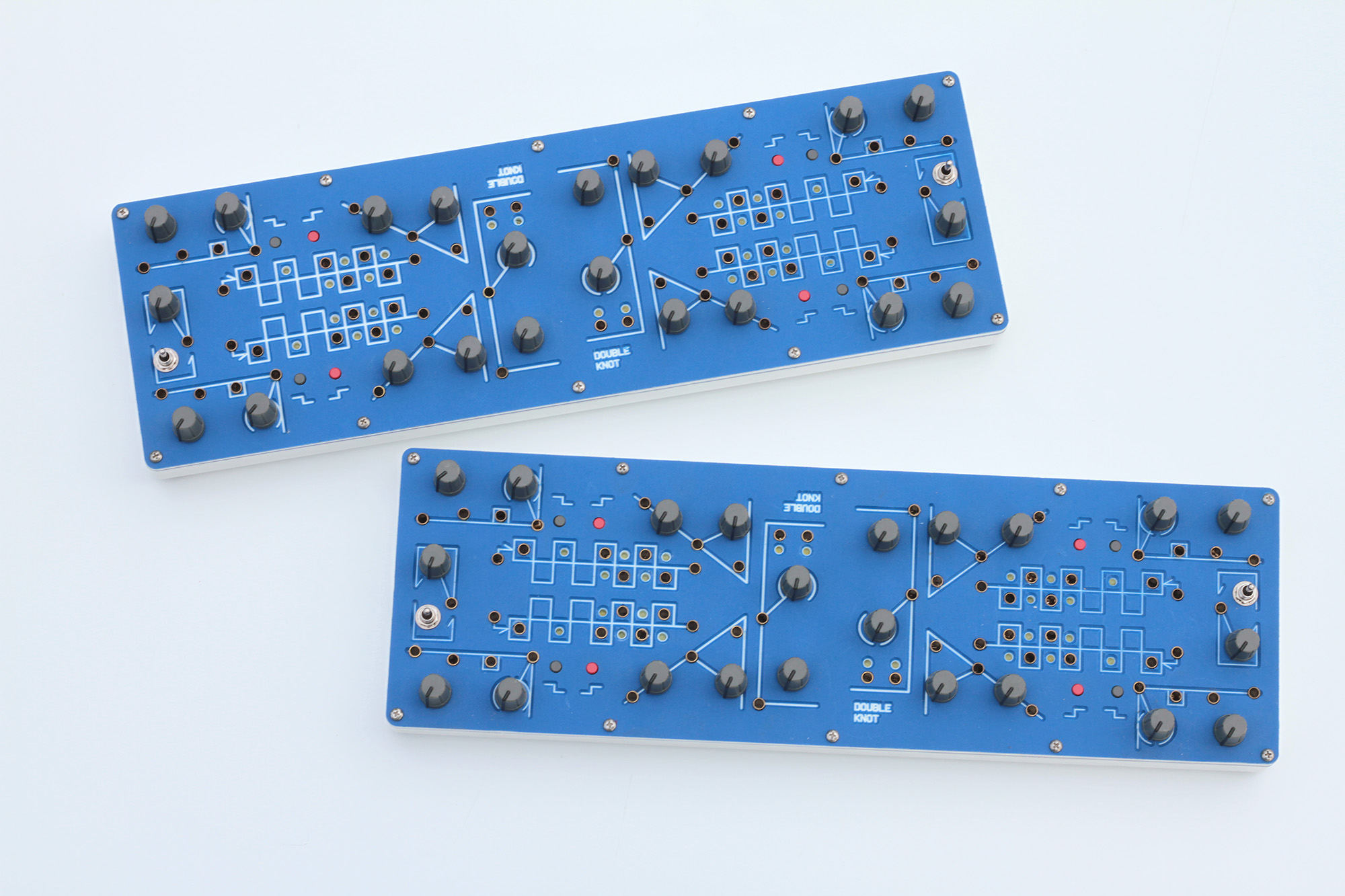 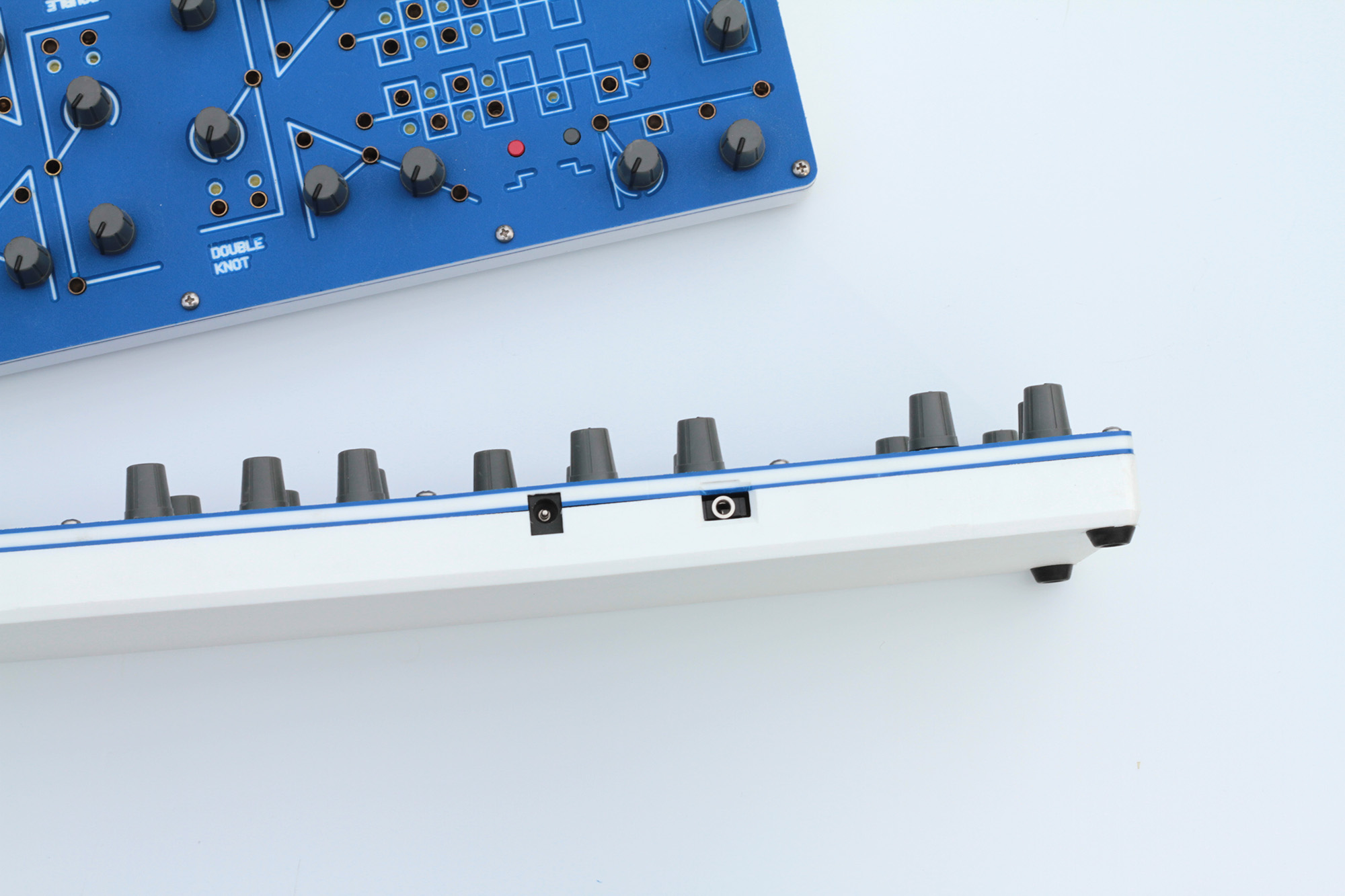 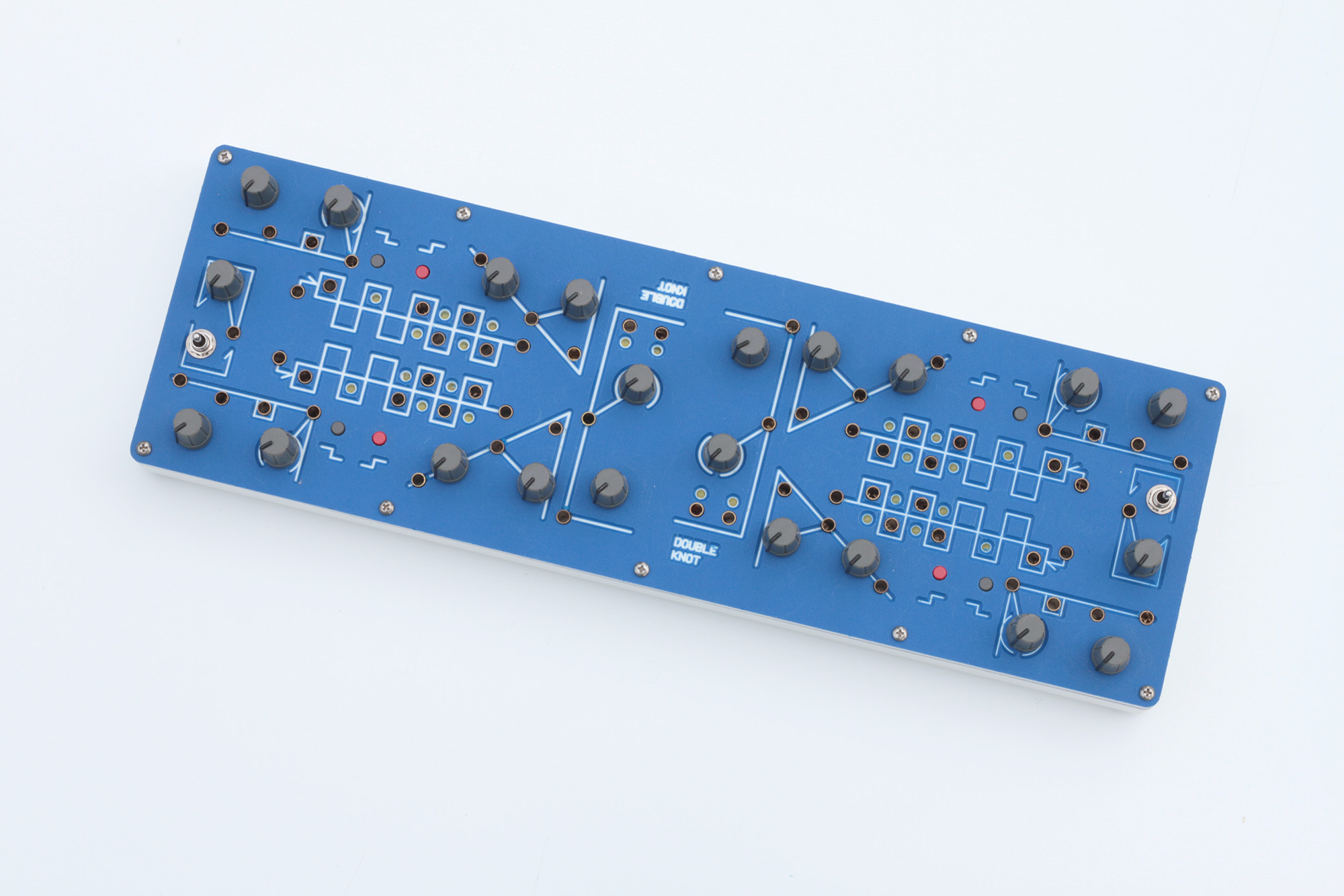 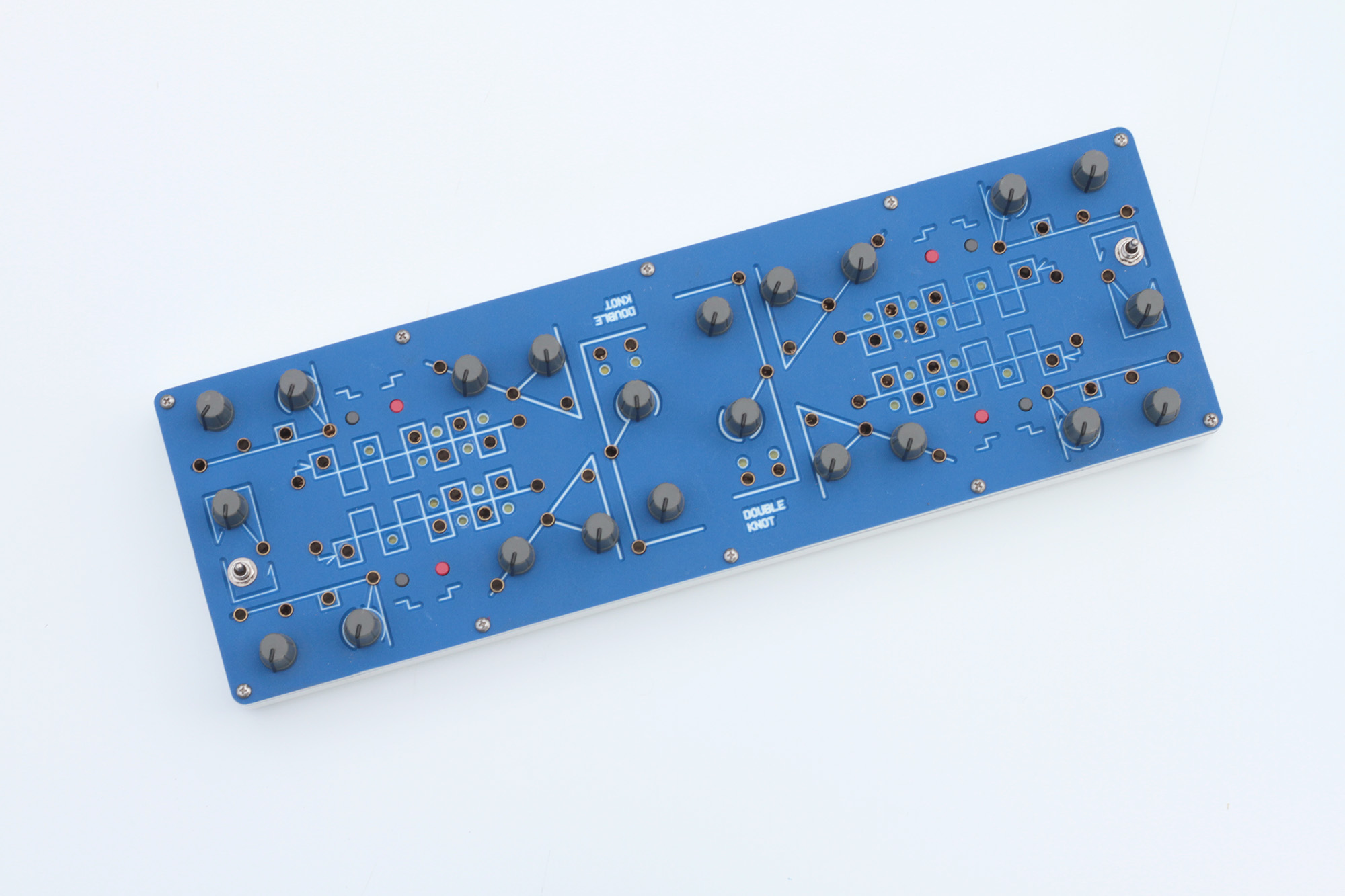